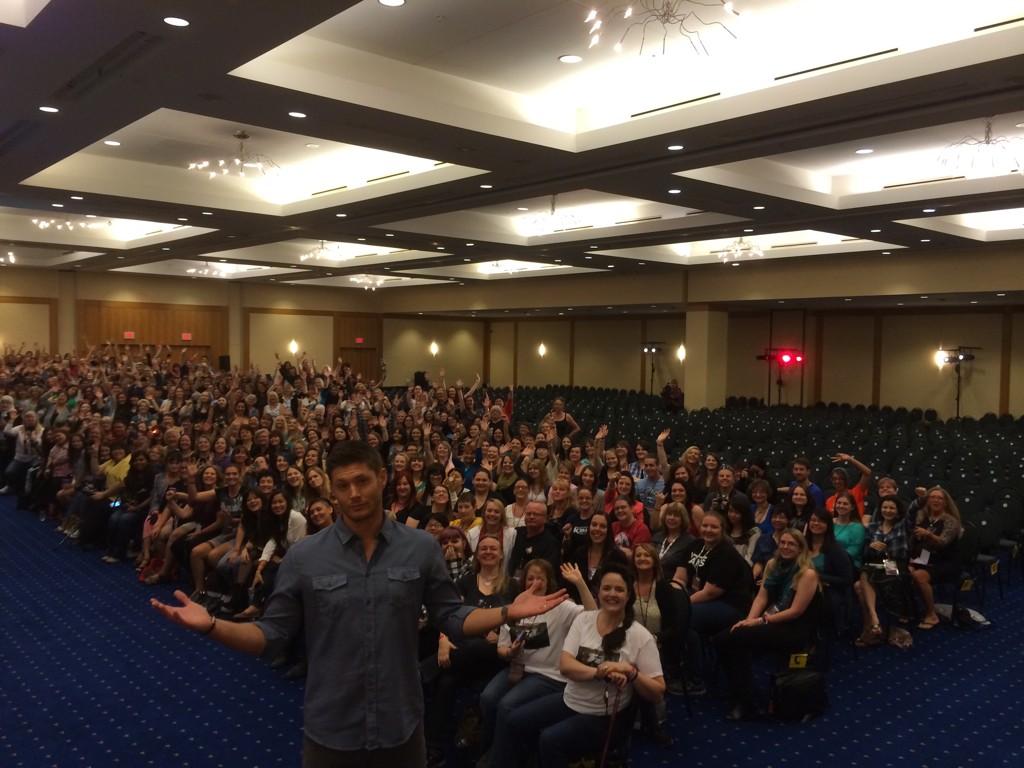 Oh yeah, he did it! There was this mysterious twitter account @jensenackles. Hovering over twitterverse like a dark cloud for some days. Fans were asking „could this really be …?“ His wife Danneel tweeted cryptical when asked about it. Come one, we all knew it? Didn’t we? At VanCon the truth was revealed and the waiting had come to an end, finally:

and it was instantly confirmed by Co-Star Jared Padalecki

It's official! I am hereby confirming that Jensen Ackles IS now on twitter. U R welcome 🙂 @jensenackles #JensenAcklesOnTwitter

His lovely wife added some advice

@JensenAckles lil advice :Don't drink and tweet,EVER! Proof read your tweets, if not sure ask a friend..not Jared, he is still learning;-)jk