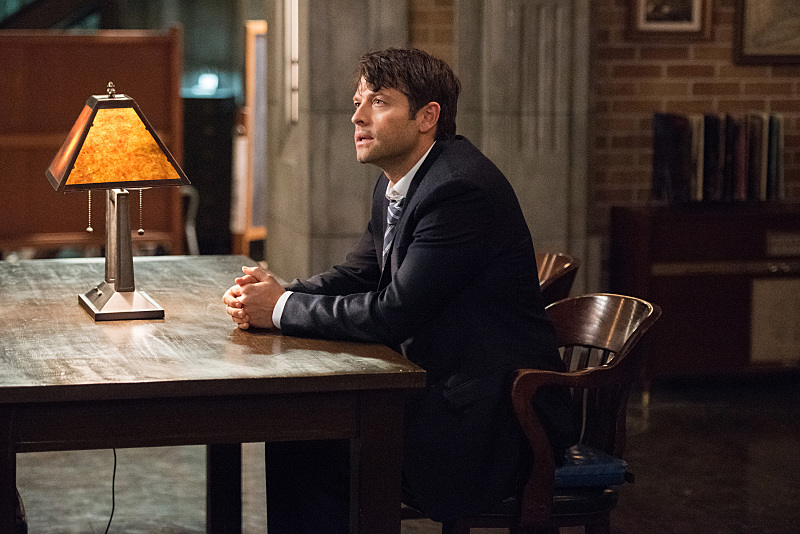 LUCIFER (AS CASTIEL) SENDS DEAN BACK IN TIME – Hoping to find a weapon powerful enough to defeat Amara (guest star Emily Swallow), Dean (Jensen Ackles) convinces “Castiel,” (Misha Collins) who is still Lucifer, to send him back in time to the last reported sighting of the Hand of God. Lucifer sees the potential in getting his hands on this weapon so goes along as Castiel and sends Dean to 1944 to the fated submarine mission that sunk the Hand of God. Meanwhile, continuing his charade with Sam (Jared Padalecki) while they wait for Dean’s return, Lucifer plans his next move. John Badham directed the episode written by Robert Berens (#1114). Original airdate 2/17/16. via ksitetv.com

HQ-Screencaps of the episode HERE