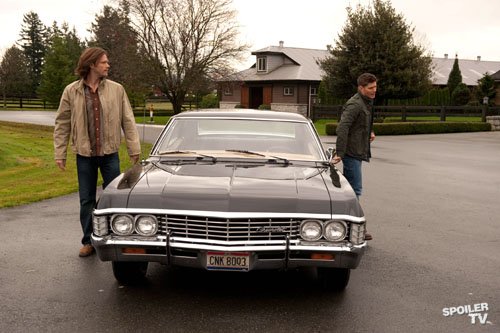 — Kevin (guest star Osric Chau) deciphers the tablet and figures out how to close the gates of Hell. He tells Sam (Jared Padalecki) and Dean (Jensen Ackles) that according to the tablet one person must face a series of three tests designed by God. The first one – kill a hellhound. Sam and Dean argue over who should complete the trials. Kevin Parks directed the episode written by Andrew Dabb (#814).