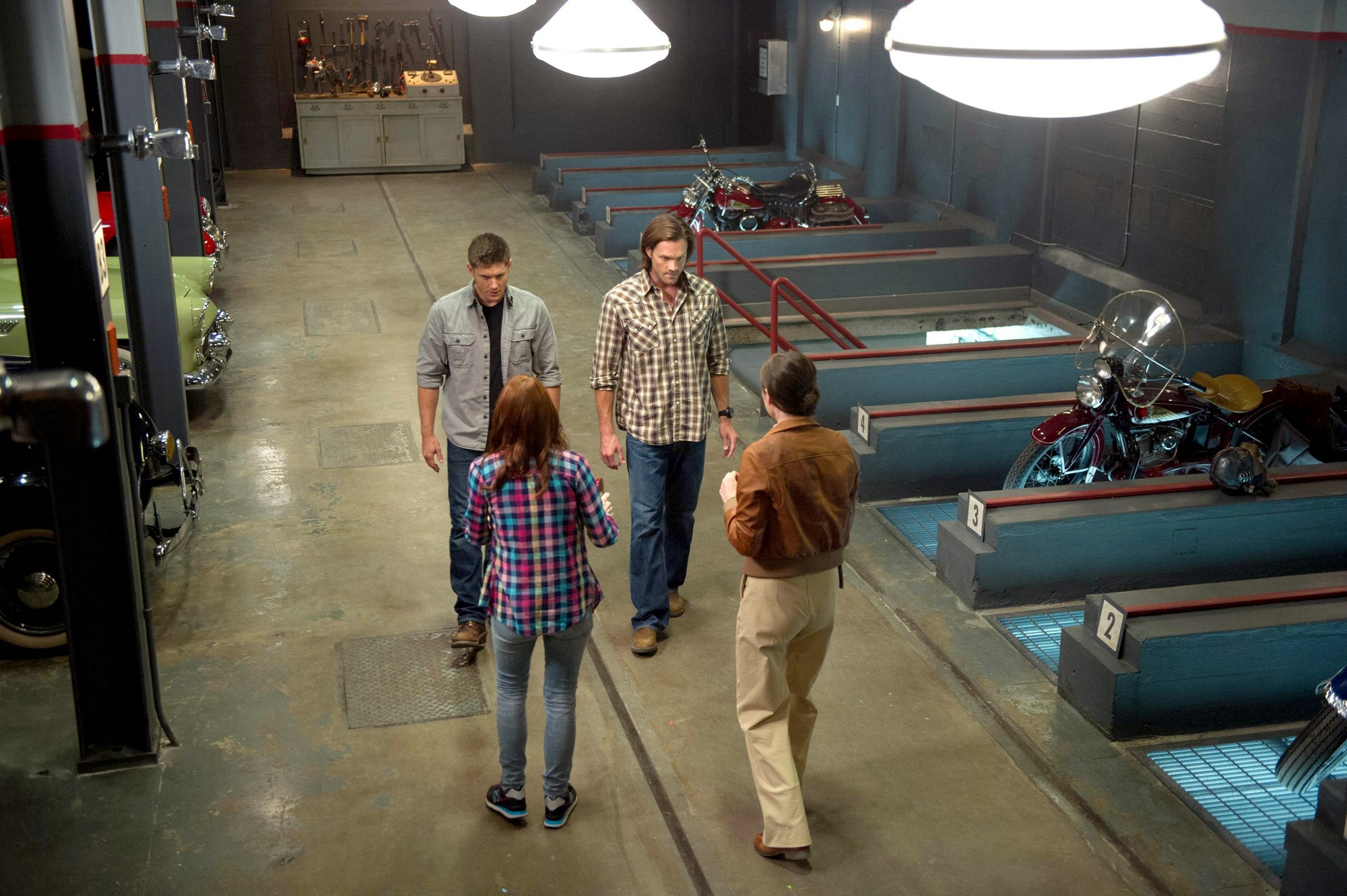 FELICIA DAY RETURNS AS CHARLIE/SAM, DEAN AND CHARLIE MEET DOROTHY FROM OZ — Sam (Jared Padalecki) and Dean (Jensen Ackles) discover that the table in the Men of Letters house (the one that lit up like a Christmas Tree when the angels fell), has an ancient computer attached to it. They figure if they can get the computer on, they can track the angels. Who better to call for help than the best IT girl there is, Charlie (guest star Felicia Day)? While moving the massive computer, they dislodge a hidden hexbag that unleashes a magical green-webbed wall. Sam and Dean break through it and discover the one and only Dorothy (guest star Tiio Horn) from Oz. She had trapped herself and the wicked witch (guest star Maya Massar) in the web years ago to stop the witch from finding the key that would open the gate that connected their world with Oz. With the wall broken, a massive and magical fight ensues that threatens to destroy the Men of Letters house. Robert Singer directed the episode written by Robbie Thompson – via theCW