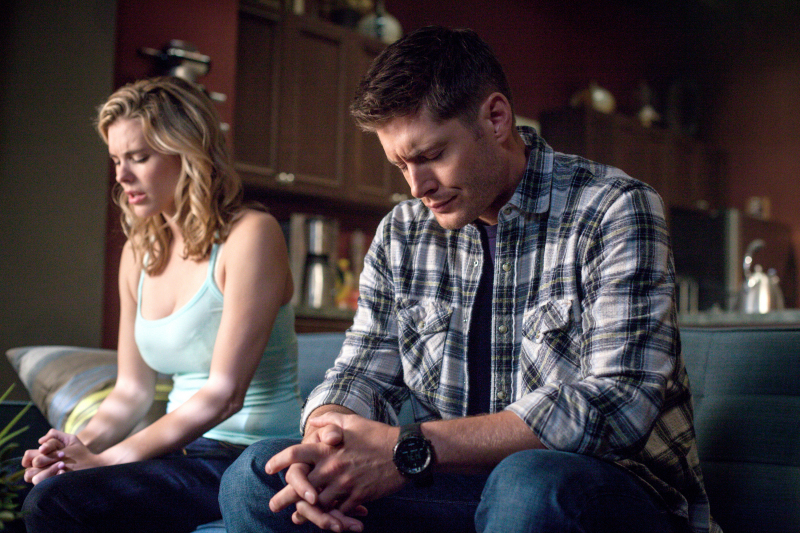 SAM AND DEAN REUNITE WITH SHERIFF MILLS — Sheriff Mills (guest star Kim Rhodes) calls Sam (Jared Padalecki) and Dean (Jensen Ackles) for help investigating multiple murders in her small town. Discovering all four victims belonged to the same church chastity group, Sam and Dean decide to infiltrate by joining the group themselves. When Dean disappears, Sam and Sheriff Mills realize whatever they are hunting has taken Dean too and team up to rescue him. John MacCarthy directed the episode written by Jenny Klein (908). via ksitetv