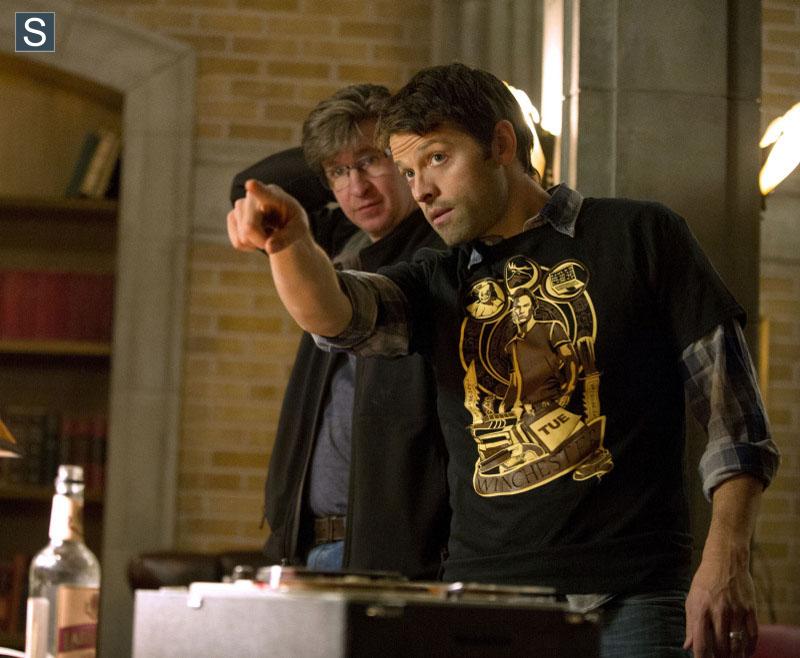 MISHA COLLINS MAKES HIS DIRECTING DEBUT — Dean (Jensen Ackles) struggles with the after effects of the Mark of Cain. Meanwhile, Sam (Jared Padalecki) hears about a case where straight-laced people are turning into violent murderers. Sam suspects possession and suggests to Dean that they investigate, but Dean tells him to go without him. While interviewing the local townsfolk, Sam meets an elderly woman named Julia (guest star Jenny O’Hara), who tells him the Men of Letters came to town in 1958. Josie tells Sam the story of a young man named Henry Winchester (guest star Gil McKinney) and his female companion, Josie Sands (guest star Alaina Huffman). While Sam is away, Crowley (Mark Sheppard) tests Dean. Misha Collins directed the episode written by Adam Glass (#917) Source: spoilerTV.com