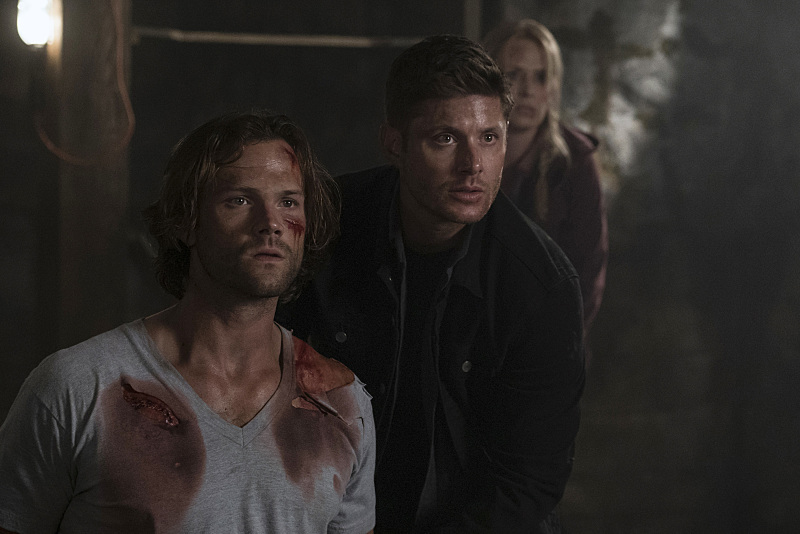 RICK SPRINGFIELD GUEST STARS — Dean (Jensen Ackles), Castiel (Misha Collins) and Mary (guest star Samantha Smith) have a lead on Sam (Jared Padalecki) and set out to rescue him. Dean is uncomfortable with putting Mary in danger but she insists on going along. Meanwhile, Crowley (Mark A. Sheppard) is tipped off that Lucifer has taken over the body of rock star Vince Vicente (guest star Rick Springfield).  Thomas J. Wright directed the episode written by Brad Buckner & Eugenie Ross-Leming (#1202).  Original airdate 10/10/2016.