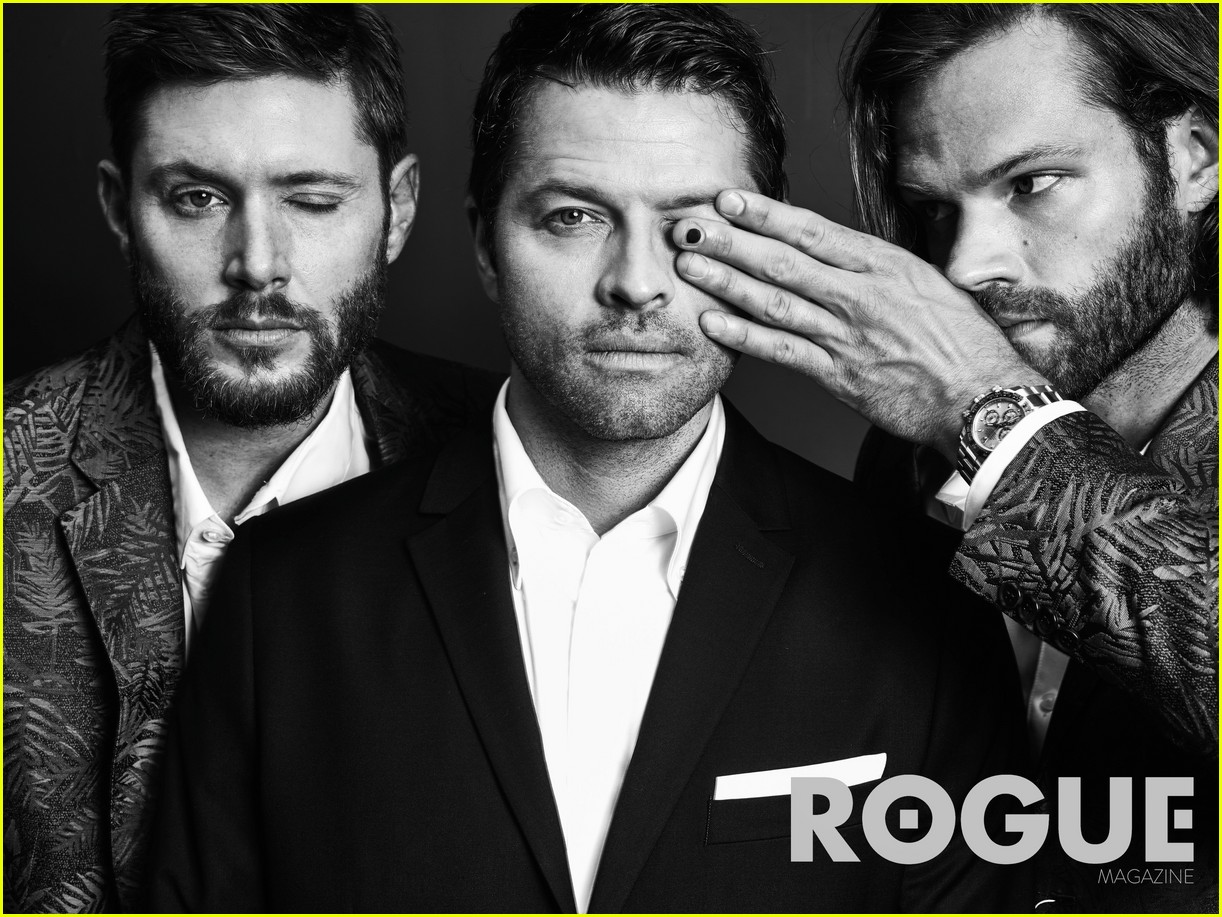 This is the first time that the three hunky stars of Supernatural have posed for an editorial photo shoot together. Here is what they shared with the mag:

Jensen on how their attitudes on set changed over time: “We used to think that being silly onset, cracking up during a scene and that kind of thing, was being really unprofessional. We would make efforts to stop messing with each other. But now we take the time to enjoy laughing about something stupid. I think it’s really important to make each other laugh. All of us will be on set just in tears laughing way too often. We could literally put out an entire DVD package of just bloopers, it would be hours long.”

Jared on how their lives changed together: “When Jensen and I met, we thought we had the world by the balls and we found out together that we really did not. I’ve seen him fall in love, get engaged then get married and now become a father, and he’s seen me do the same. We’ve seen the same with Misha. This show’s been a wonderful opportunity to really explore so many facets of a character, but also to see each other grow and I think it’s one of the few shows that’s been able to reflect that. We’re not young boys anymore, we are fathers and husbands and friends–we’ve seen birth and death and everything in between. I think there is a little bit of that camaraderie that’s reflected on the screen.”

For more from the guys, order the issue now at The RogueMag.com or get it on newsstands September 22.